Naslovna SSS BiH About us

Confederation of Independent Trade Unions of Bosnia and Herzegovina is voluntary and interest organization of workers who are organized through branch trade unions- affiliates of the CITU BiH from the Bosnia and Herzegovina. CITU BiH and trade unions organized within are democratic, multiethnic, multinational and independent of the government, employers, political parties and religious communities.

In accordance with the Labour Law of the Federation BiH, Federal Ministry of Labour and Social Policy issued a Decision No. I 03-34/13-15/15 of 28.09.2015. on representativeness of the CITU BiH in the Federation of Bosnia and Herzegovina.

CITU BiH is recognized as a relevant social partner of the Federal Government and the Association of Employers of the Federation BiH and participates in the work of the Economic and Social Council for the territory of the Federation, which is responsible:

– To examine, promote the conclusion and evaluate the application of collective agreements and in this regard shall provide information and explanations to the competent ministry;

– To encourage the peaceful resolution of collective labour disputes;

– To propose to the Government, employers and unions conduction of coordinated pricing and wages policy;

– To encourage the idea of tripartite, bipartite and other forms of social dialogue at all levels in addressing the economic and social issues and problems;

– To monitor, review and propose possible changes in the law affecting economic and social development and in this context the position of workers and employers;

– To monitor the application of the law and the exercise of labour rights and social security and propose measures for implementation and improvement of these rights to the competent authorities and institutions;

– to deal with problems of implementation of the privatization process and propose to the competent institutions any changes of laws and by-laws that would contribute to greater financial effects and employment;

– to monitor the situation in the area of employment, pension – disability and health insurance and in this context take actions to reduce grey market labour;

– To stimulate activities for greater efficiency of relevant institutions of the system to prevent corruption, in order to transform it into a high risk and low profit activity. 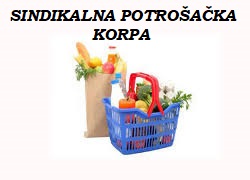